Bob Cooley is internationally known as an expert on biomechanical flexibility and strength, and its relation to physiological and psychological health, authoring: The Genius of Flexibility — The smart way to stretch and strengthen your body (Simon and Schuster 2005) and Resistance Flexibility 1.0 (2016). He is also known for his GPT theories and research, authoring: The 16 Geniuses — Sixteen Genetic Personality Types (forthcoming).

Bob Cooley is conducting clinical and research in two major forms of action research fields: physical therapy and rehabilitation, and sixteen genetic personality types (GPT). He is the founder and president of The Genius of Flexibility Centers, the developer of Resistance Flexibility Technologies (RFT), and founder and president of the Genetic Personality Type Foundation (GPTF) in Boston Massachusetts.

Through action research in biomechanics, Bob Cooley discovered Resistance Flexibility Technology (RFT). Flexibility is commonly thought as being dependent on muscles and other tissues but he identified that fascia controls the flexibility and developed RFT that eliminates accumulated dense fascia and scar tissue (ADFST) resulting in immediate, cumulative and permanent increases in flexibility. This technology is based on the principle that resisting and contracting while stretching eliminates ADFST that resulted from traumas, whether physical, emotional, spiritual, or psychological.

Bob Cooley trains the best of the best in athletic and artistic performers, the world's billionaires, and the severely damaged. He has also developed a new head-up free-style swim stroke (The AirStroke Freestyle™), in order to eliminate "swimmer's shoulder," and increase freestyle speed. He has appeared on GMA, NBC, and Fox, and has been featured in articles in NY Times, Sports Illustrated, Self, Elle, Outside Magazines, and professional TCM medical journals.

In the psychological realm, Bob Cooley's groundbreaking research is identifying 16 Genetic Personality Types (GPT) on the genome. The five major principles of his GPT Theory: (1) each individual has a quantifiable set of pervasive personality high/low traits, predisposition; (2) GPT respond differently to diet, medicines, and external environment determined by genome variations with molecular correlates; (3) GPT exhibit striking differentiable differences with respect to biochemical and hematological parameters at genome wide expression levels; (4) GPT have concomitant organ and tissue markers; (5) GPT have definable interrelationships with other GPT; (5) the individual's basic constitution is defined by their type. The Types Project headed by Nick Ware is leading this genome research in cooperation with other non-profit genome research institutes. 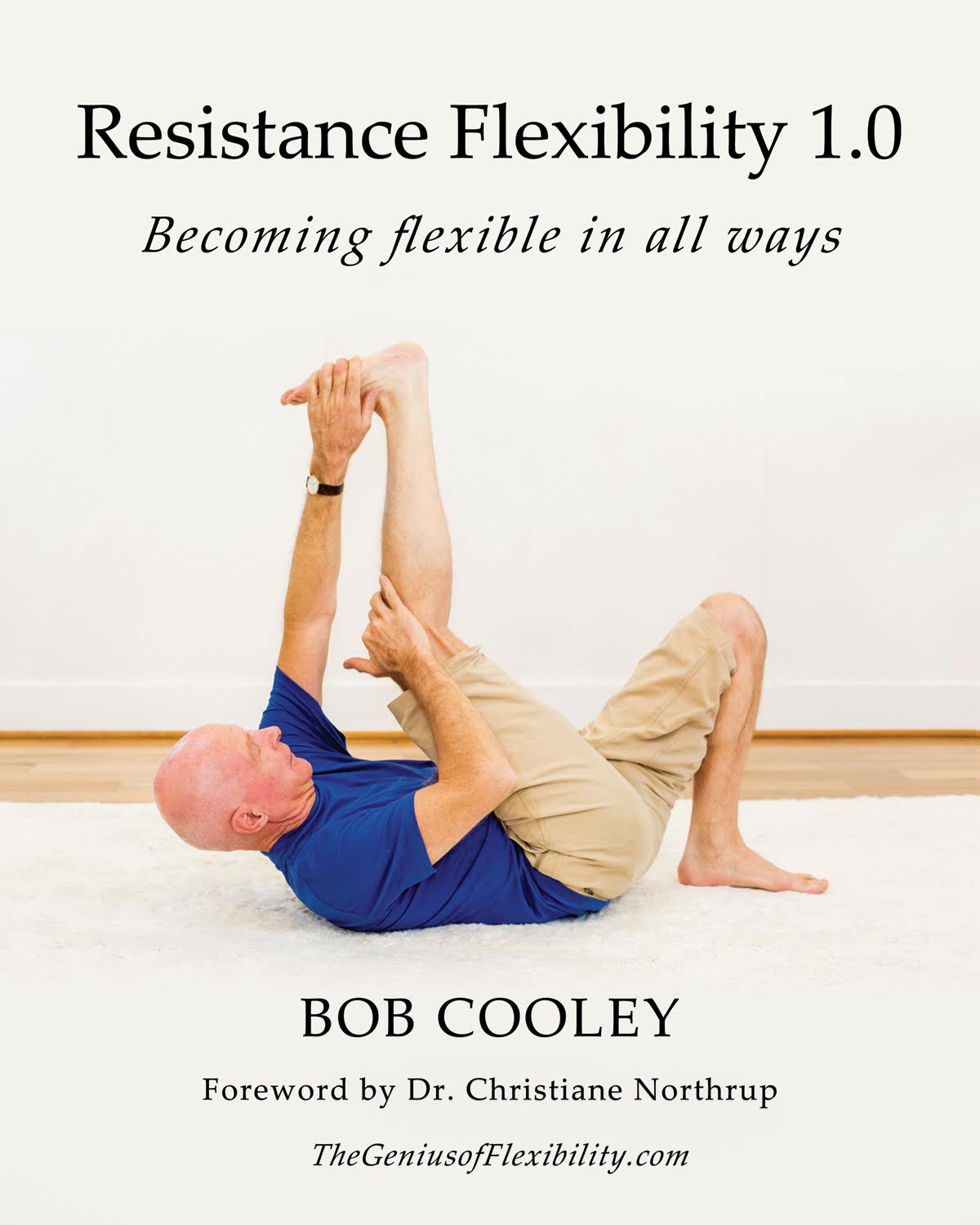 Bob Cooley received his BS in Education from Adelphi University 1971. He did post undergraduate work in Biophysical Studies at Maryland University and graduate study in the Exercise Science in the Exercise Science Department at University of Massachusetts, working with Stanley Plagenhoef on human biomechanical computer analysis of human motion. He taught mathematics at University of Massachusetts Amherst (UMA), receiving Teacher of the Year Award there, and directed Williams College's Quantitative Reasoning Program for four years. He has been developing and teaching RFT and GPT since 1991. Bob Cooley was born in DC and lives in Boston, Massachusetts, where he directs the Genius of Flexibility Center and its associated organizations.

The Genius of Flexibility
Read this book to learn more about Resistance Flexibility.
Read More